My father taught me that one of man’s biggest challenges in life is learning to kick the FUD out of it. That is to say fear, uncertainty and doubt. While fear can save the young from devastating mistakes it is also the leading cause for failure in business and in life. We often fail because we do not try. Fear is currently driving many real estate markets in and around the country. I was speaking with a charming lady, I will call her Silvia. Silvia recently turned 67,  she has outlived her husband and has three adult children. She has paid off her car, and two of her children’s cars and is three payments away from paying off her house.

Her youngest daughter, who is in her forties, has asked mom for help purchasing a home so that she and her two children can move out of a very small and dangerous apartment complex and enjoy the relative security of a home of their own. When Silvia found out what I do for a living she immediately began to tell me her concerns and fears about buying a home for her daughter in this current economy. She told me she was really afraid that her daughter would end up owning a home that would lose value and that lenders might sell the note and who knows what would happen then.

I spent some time with Silvia telling her that while her fears were certainly understandable, there was more to be considered than the current economic madness. Real estate is one investment that if handled wisely, will continue to perform. I told her that the uncertainty in the marketplace were of course valid concerns, but that we should not throw out the baby with the bath water, so to speak. People have to remember that common sense continues to work even in a bad economy. Unemployment is high and under employment is higher. Market prices are being pressured by the continuation of REO homes that will be marketed over the next several months. According to the latest report, foreclosure modifications are on the rise, however, the looming 2.5 million homes to be foreclosed is still on the horizon and will be affecting neighborhoods all over the nation. Therefore, it is not time to aggressively bid up sale prices or take out mortgages that exceed 80% of the market value.

What consumers should be asking is, what is the potential income to this property that I am considering. Can I rent the home to someone else should my job situation change? Would a potential investor be interested in this home, i.e. would the property cash flow?

People still need housing and the demand for rental properties will continue to remain strong. So for those people who have good credit or mattress money that needs to be invested, real estate is still an investment that will continue to perform and, as the markets improve, the equity position will also improve.

Remember FUD is not a new concept that was created by chatterers or the cyber world. Because of FUD the masses continue to rent from those of us who have kicked the FUD out of life and replaced it with common sense.

See you around the water cooler! 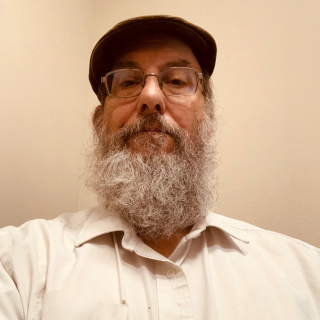